When you’re good, you win a championship.

When you’re great, you win a championship before the final race of the season.

That’s precisely what happened for Drivers Inc.’s Tanner Foust with the 2019 ARX Rallycross Championship. As reported on the official ARX web site:

By having a solid second day of qualifying at the Cooper Tires ARX of Mid-Ohio, Foust qualified second in the Intermediate Classification and now mathematically can not be beaten to the ARX crown. 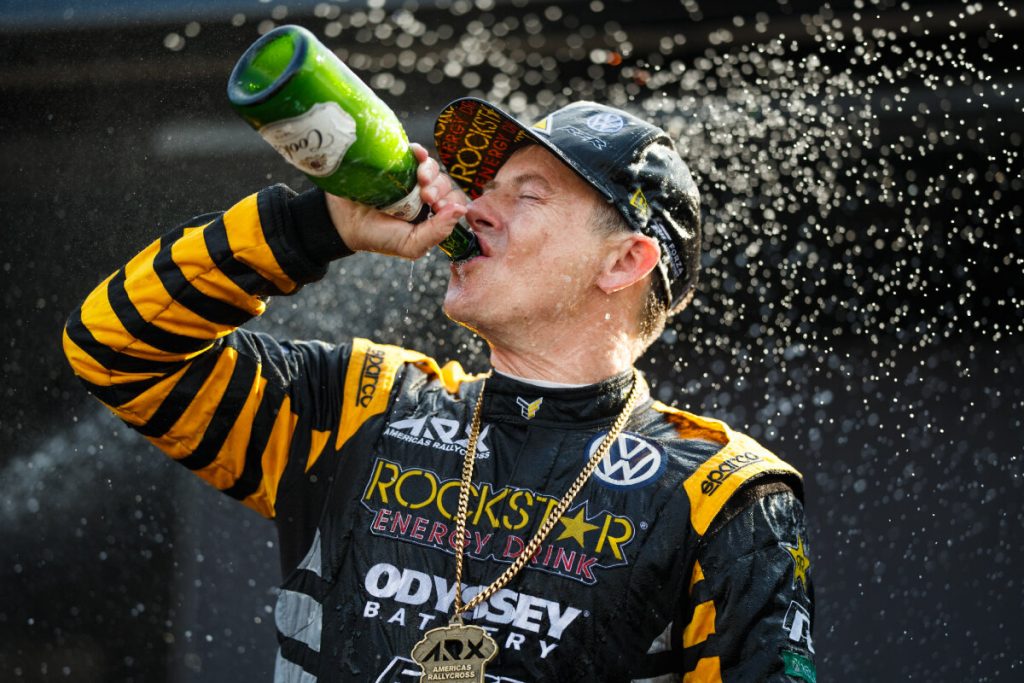 “This is a big relief, it’s just awesome for the team and there’s something sweet about this year. The Beetles wrapped up five championships in five years, so they’ve been dominant cars. This is the first year we did it without manufacturer support and basically on leftover parts and going up against amazing factory efforts and newly developed cars. Honestly, it was surprising Volkswagen was willing to let us use the cars and potentially put them up to be beat after their track record. Andretti Autosport stepped up and offered to run the program on the thinnest budget and Cabot [Bigham] came in as a second driver and we somehow did it. While it’s five out of five, this year was really different, especially without Scott [Speed] as well. I’m so proud of the team and I think everybody in the team think there is something really different about this one and everybody is so stoked about taking the championship this year.”

Update: As the month of October neared its end, Tanner flashed back to one of the more fun moments from title day.

Quick throwback to some championship vibes before the month ends. Go get yours!! @rockstarenergy

@tannerfoust had the honors of representing Team U

Check out this new commercial for @jeep with drive

Happy Birthday to the one and only Sera Trimble! @

Here’s a fun one! Check out this @subaru_usa spo

Ken Block was a visionary, a pioneer and a Motorsp

Merry Christmas and Happy Holidays from our family

Repost from @tannerfoust • Lots of incredible me

Check out this fun spot for the new @chevrolet #si